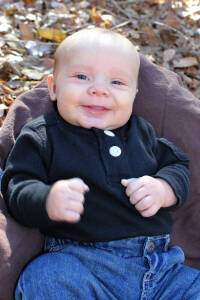 Nolan is growing and learning so quickly!  He is already 3 months old.  November was a busy month for the Traffas Family. We celebrated my 27th birthday on November 8th, Aaron and I went out to dinner at a restaurant we hadn’t tried before; The Newport Grill. It was great, wonderful selections of entrees, delicious desserts and custom-made cocktails!

Aaron has been tirelessly working on finishing up the recordings and artwork for his CD. It is currently at the disc maker and should be shipped soon to make it here by Friday December 9! Aaron Traffas Band’s CD release party is December 10th in Manhattan at Bobby T’s. I am so excited to see the finished product.

On November 21st I returned to work at TFI Family Services.  So far I feel like things are going well at work. I haven’t cried yet. Nolan and Aaron are trying to find their rhythm at home.  Some days  are great while others I think Aaron get a little stressed.  As any person providing childcare would feel. Luckily Nolan is a very good baby and most of the time is very easy to get along with. We are all just settling into our new schedules and seeing if this is going to work for us long-term.

Some of the  developmental milestones Nolan (as a 3 month old) is currently working on include:

My favorite time to spend with Nolan is having conversations. He loves “talking” to people it gets him so excited. Since birth he has made noises, I think this little guy is going to be quite the talker when he can get his point across.  When Nolan cries it is not really like most babies cries, he kind of just yells to see if you are paying attention then stops to see if you are going to fix his frustration. He is absolutely wonderful. Aaron and I often wonder how we are so lucky to have such a great little guy.
I can’t believe November is already gone. We had an enjoyable Thanksgiving break spending time in Smith Center, Sharon and Belle Plaine. In Smith Center Nolan met his Great Grandma and Great Grandpa Hundley (my mom’s parents) for the first time along with many great aunts and uncles and cousins. Aaron unfortunately did not join us as he had been fighting off a cold. On Friday we headed to Sharon,  it was nice to see Aaron’s family. During the dinner there was not any one point when everyone was at the table. Having two babies under 3 months sure does change the dynamic.  Finally on Sunday we headed to Belle Plaine to see my Dad’s extended family. Nolan had a great day and enjoy visiting with lots of cousins, aunts, uncles and grandparents. We are so blessed with great families and I always enjoy Thanksgiving as it is the best time to celebrate family and what we are thankful for. This year there is no question Aaron and I are so thankful for Nolan coming into our lives and turning everything upside down…and we LOVE it!
I am so happy we found the time to make it over to Pratt this month to have Stacie Strong take some family pictures of us. They turned out great and I can’t wait to get my Christmas card put together featuring these pictures. 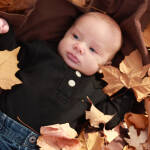 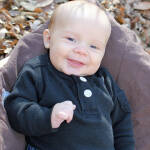 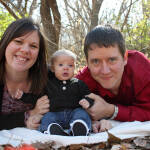 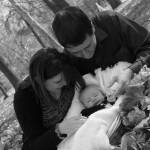 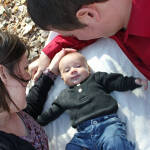 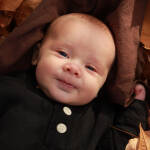 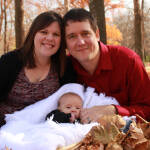 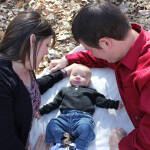 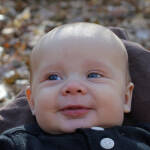 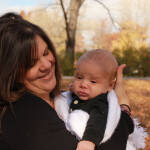 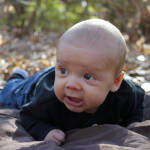 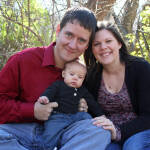 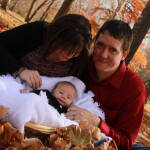 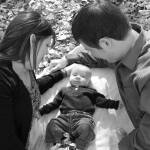 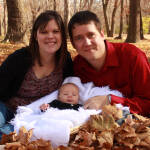 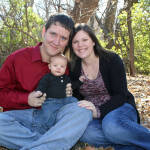 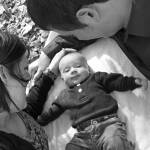 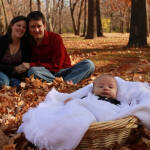 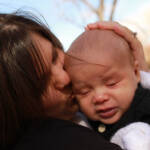