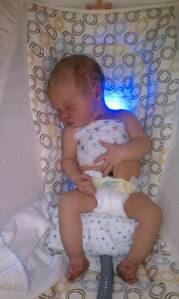 As Aaron and I transition to our new role as parents we are considering ourselves very lucky.  Nolan is such a good baby.  Nolan did have to go to the doctor several times this past week to have his bilirubin levels checked.  The bilirubin levels indicate jaundice. At one point Nolan’s levels were at 18, when this happened we had to put him on bili-light which is a light that helps to break down the bilirubin in his blood. After the bili-light treatment his bilirubin levels have continued to go down. Today we had another check at the doctor and his level was down to 10, so the nurse said that jaundice is no longer a concern for Nolan. What a relief!

I am continuing to recover from the surgery. I felt very good the first few days, but it is starting to catch up with me now. I just have to remember to take it slow and nap when he is sleeping.

Nolan has been a very popular little guy with many visitors stopping by the house to snuggle him.  It has been so nice seeing family and friends.

It has been quite a whirlwind of a week. Aaron is starting to get back to work.  The state fair starts at the end of this week, Aaron is helping with the Kansas Auctioneer Association booth, so  he will be spending some time in Hutchinson.  So Nolan and I will have to see how we get along on our own.

Here are some pictures taken by the hospital. He is such a beautiful baby. 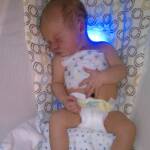 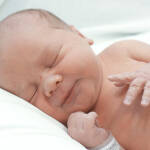 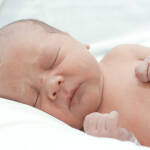 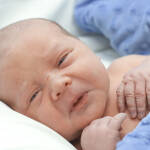 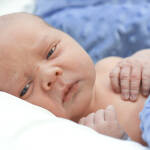 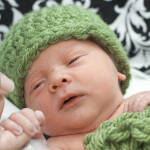 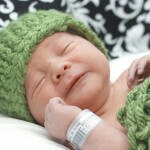 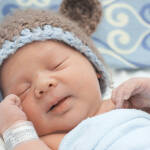